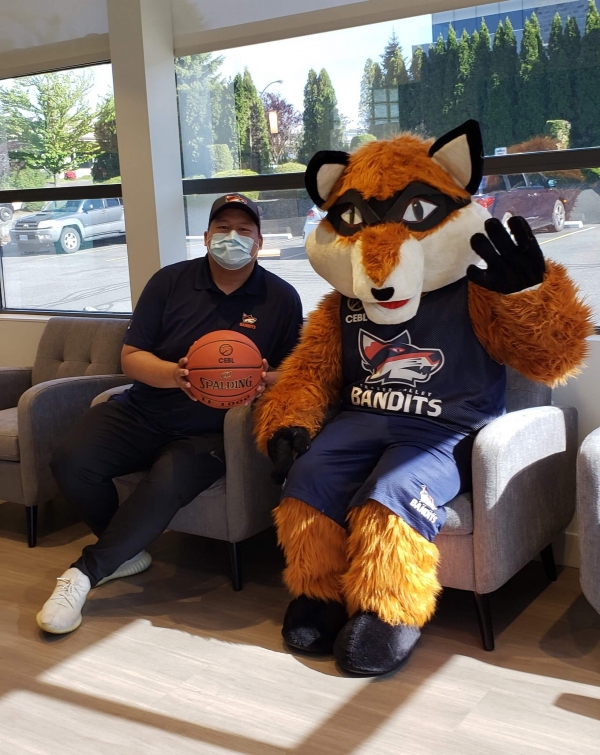 Berry the Bandit recently visited NOVO Dental Centre for his first ever dental checkup. The entire NOVO team was on hand to ensure Berry’s first visit to the dentist was a wonderful experience.

Berry The Bandit in Dentist Chair

Berry received a thorough tooth by tooth examination by Dr. Provo. Once the exam was completed Berry was thrilled to learn he’d been doing an excellent job with his brushing and flossing which had resulted in him being cavity free!

NOVO Dental Centre has always been a big fan of local sports because the benefits of which go well beyond improving physical fitness and reducing stress. Sports teach important life skills such as sportsmanship, teamwork, leadership, time management and builds self-confidence that can set the tone for the participants’ entire life.

Over the years NOVO Dental Centre has supported numerous local amateur sports teams through financial contribution, donation of uniforms, team jackets or equipment that may be needed.

In the past NOVO Dental Centre has even had the opportunity to sponsor our local university, UFV Cascade’s varsity basketball teams.

Local sports offer so much more than entertainment, it provides opportunities to be role models, avenues for involvement and brings a community together. 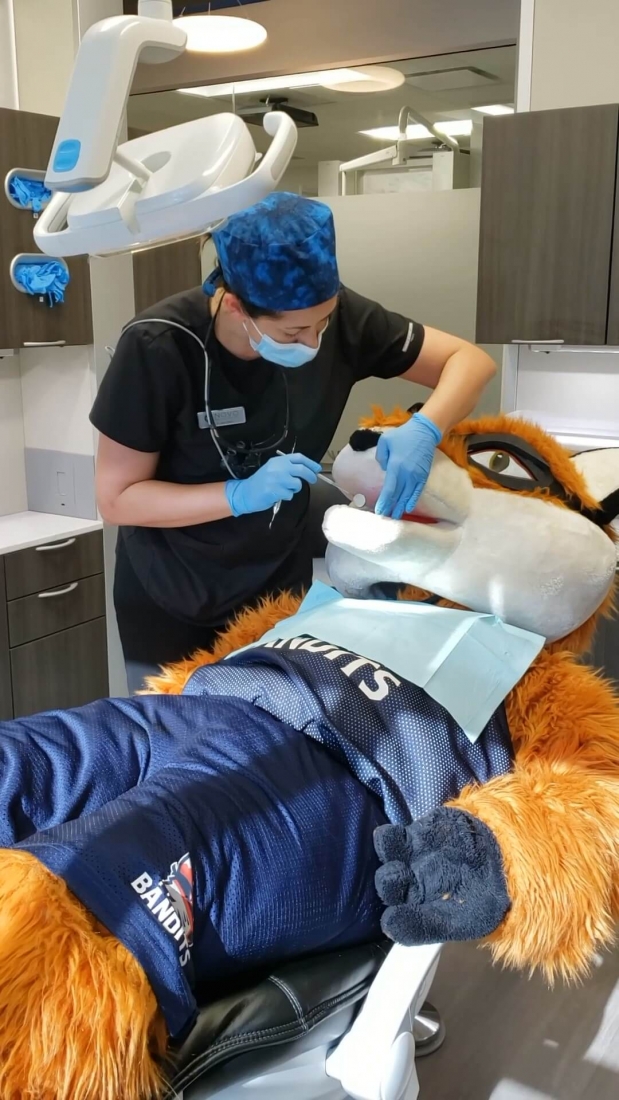 Many may not know this about Dr. Provo but she is an avid basketball fan who has been playing basketball since she was a teenager. She continues playing today by challenging her teenage son to one on one games on a regular basis. During the NBA playoff games the entire family is glued to the TV, so naturally 2 years ago when Dr. Provo found out Abbotsford was going to be the new home to a professional basketball team, called the Fraser Valley Bandits, she was very excited that she and her family would be able to attend Canadian Elite Basketball League games so close to home!

The initial tip-off for the Fraser Valley Bandits was May 9, 2019 with the season running to August 15, 2019. With NOVO Dental Centre’s longstanding support of community sports and Dr. Provo’s particular affection for basketball they reached out to The Fraser Valley Bandits to inquire about their sponsorship program. NOVO Dental Centre became an official sponsor of the Bandits for the 2020 season! Sadly, due to the COVID19 pandemic the season was cancelled and replaced with the CEBL Summer Series Tournament, which was played behind closed doors at the Meridian Centre in St. Catharines, Ontario without live spectators.

Determined to continue to support the Fraser Valley Bandits, NOVO Dental Centre once again joined the sponsorship program for the 2021 season. Team NOVO is thrilled to share that this year, they have also been appointed as the official team dentist for the Bandits which was formally announced June 3, 2021. 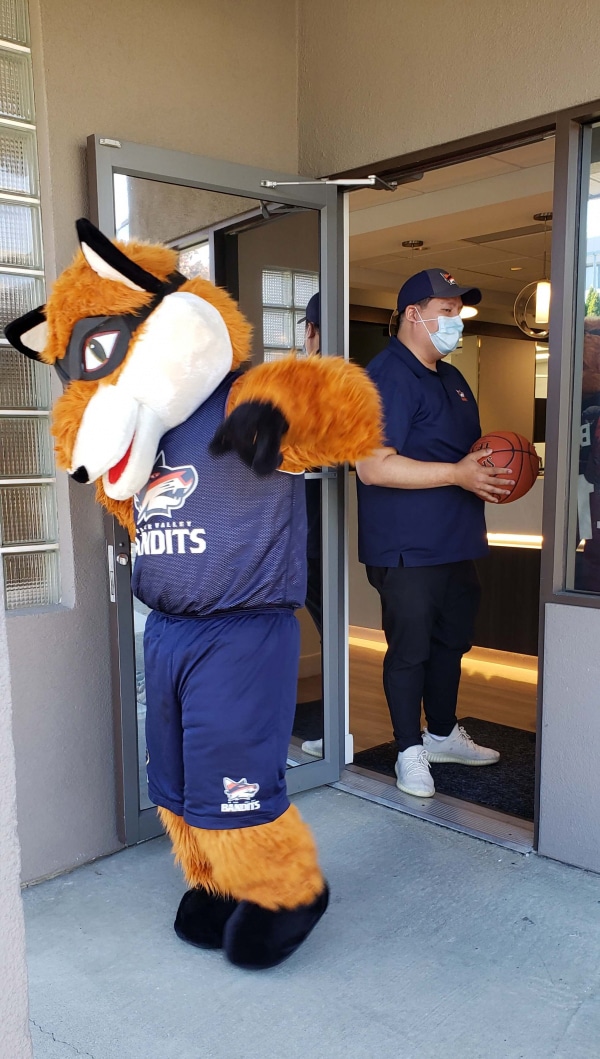 Barry is excited to have made new friends at NOVO Dental Centre, and that he learned more about brushing and flossing his teeth.

Team NOVO is excited for the Bandits basketball season ahead and wishes the Fraser Valley Bandits every success!

If you’d like to have your teeth checked and cleaned by Team NOVO give our office a call today at 604-854-6162 to schedule an appointment.

This website uses cookies to improve your experience while you navigate through the website. Out of these, the cookies that are categorized as necessary are stored on your browser as they are essential for the working of basic functionalities of the website. We also use third-party cookies that help us analyze and understand how you use this website. These cookies will be stored in your browser only with your consent. You also have the option to opt-out of these cookies. But opting out of some of these cookies may affect your browsing experience.
Necessary Always Enabled
Necessary cookies are absolutely essential for the website to function properly. This category only includes cookies that ensures basic functionalities and security features of the website. These cookies do not store any personal information.
Non-necessary
Any cookies that may not be particularly necessary for the website to function and is used specifically to collect user personal data via analytics, ads, other embedded contents are termed as non-necessary cookies. It is mandatory to procure user consent prior to running these cookies on your website.
SAVE & ACCEPT
Go to Top